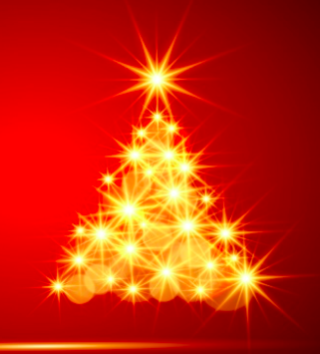 Previous studies of the "weekend effect" have found an increased risk of death or readmission for patients admitted to hospital on Fridays or at weekends compared with weekdays, possibly due to decreased levels of staffing and delays in testing.

But the few studies which have looked at the effect of timing of hospital discharge have reported mixed results, and there has been a lack of research on the December holiday period.

So researchers at ICES in Canada set out to investigate whether patients discharged from hospital during the December holiday period have fewer follow up appointments, and higher rates of death or readmission, than those discharged at other times.

They analysed 217,305 cases of adults and children discharged from hospitals in Ontario during the two week December holiday period, between 2002 and 2016.

This was compared with 453,641 cases of patients discharged during two control periods in late November and January.

The researchers excluded groups likely to have different follow-up needs and risk of re-admission, including newborns, pregnant women, patients admitted for palliative care and those with a long term hospital stay.

Those discharged during the Christmas holiday period were found to have a higher risk of death or readmission within the next 7, 14 and 30 days, with the greatest risk being at 16% within the first 7 days.

In addition, those discharged during the holiday were also 39% less likely to have a follow-up appointment within 7 days, possibly due to wanting to postpone until after the festivities, the researchers suggest.

The authors suggest that this could be because "in a setting of reduced resources over the holiday, clinicians [may] prioritise higher risk patients".

Furthermore, it was found that per 100,000 patients, 26 more deaths,188 excess re-hospitalisations, 483 extra visits to an emergency department and 2,999 fewer follow-ups were associated with being discharged during the Christmas holiday.

The authors consider several factors which might explain these findings, including limited access to care, difficulty in booking appointments and reduced levels of staffing.

And they suggest that the Christmas festivities often involve excessive drinking and eating, heightened emotional stress and lack of sleep. "These altered circumstances could destabilise an acute medical condition", they add.

But the authors highlight the limitations of the study and that they cannot rule out the possibility that some of the risk may be a result of other unmeasured factors.

They say that "more detailed information on patient severity of illness would strengthen the argument for causation between discharge during the holiday period and health outcomes".

They also acknowledge that their Ontario-based study may not be applicable to all populations - in particular, they note that "follow-up rates can be expected to vary according to local community practices".

However, the study stresses the need for doctors to pay attention to discharge planning and coordination of care during the festive period.

Previous studies of the "weekend effect" have found an increased risk of death or readmission for patients admitted to hospital on Fridays or at weekends compared with weekdays, possibly due to decreased levels of staffing and delays in testing.