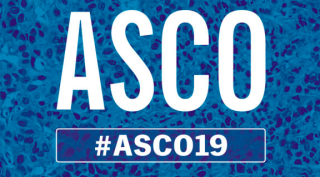 “This trial shows that front-line pembrolizumab is effective and could provide a new opportunity for people newly diagnosed with advanced gastric or gastroesophageal junction cancers,” said lead study author Josep Tabernero, MD, PhD, Head of the Medical Oncology Department at the Vall d’Hebron Barcelona Hospital University Hospital and Institute of Oncology, Barcelona, Spain. “There remains a significant unmet need for treatments for these cancers and our results reinforce the importance of continued research in this field.”

Approximately 27,510 new gastric (stomach) cancers and 11,140 deaths from the disease are expected to occur in the United States in 2019.  It is the fifth most frequently diagnosed cancer worldwide. GEJ cancer occurs where the esophagus and stomach meet. GEJ, a less common cancer, has seen increasing incidence rates during this decade, particularly in Western nations but the reasons for this increase are not entirely clear.

Pembrolizumab was given accelerated approval by the U.S. Food and Drug Administration in September 2017 for patients with recurrent, locally advanced or metastatic, gastric or GEJ cancer with tumors that express PD-L1 with a combined positive score (CPS) of one or more.  The CPS is calculated based on the number of PD-L1 positive cells derived from biopsied tissue and the number of viable tumor cells.

About the Study
The trial enrolled 763 patients with a median age of 62 and 26% had previous gastric surgery to remove a tumor. In total, 69% had gastric cancer and 30% had GEJ cancer, which are typically very similar types of tumors despite their adjacent locations according to Dr. Tabernero. Investigators focused only on HER2-negative cancers, which studies have shown have a higher chance of recurrence after treatment, to limit factors that could affect outcomes.

The investigators randomly assigned patients, in equal numbers, to receive one of three treatment options as initial therapy: intravenous pembrolizumab, pembrolizumab and chemotherapy, or chemotherapy plus placebo. The patients were followed for a median of 11.3 months.

Key Findings
Treatment with Pembrolizumab Alone: The trial reached its primary endpoint, demonstrating that overall survival for pembrolizumab was non-inferior (comparable) to standard chemotherapy. A favorable survival outcome was seen among enrolled patients with PD-L1 CPS of 10 or more. Specific findings include:

Next Steps
The investigators are currently analyzing subsets of the data to determine who benefitted the most. Dr. Tabernero noted that better biomarkers than PD-L1 are needed to truly determine who the best responders might be to pembrolizumab alone, as well as in combination with chemotherapy.

The trial enrolled 58% of patients from North America, Europe, and Australia; 25% from Asia; and 17% from other regions of the world. Prior population-based studies have shown that people from Asia usually have better survival rates for gastric and GEJ cancers, have lower amounts of tumor, and slower disease progression. The researchers are currently analyzing the effectiveness of the medicines based on pre-specified geographical regions.