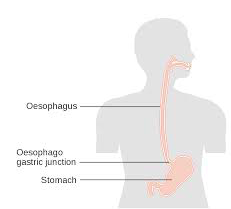 The superiority of docetaxel based triplet therapy over standard care in patients with resectable oesophago-gastric cancer has been confirmed in late-breaking results from the FLOT4 trial presented at the ESMO 2017 Congress in Madrid.

Survival in resectable oesophago-gastric cancer is poor. Five-year overall survival is around 25% with surgery, and is increased to 36% by adding a perioperative regimen of epirubicin, cisplatin, and infused fluorouracil (ECF). Phase II studies have shown encouraging pathological response rates with perioperative docetaxel, oxaliplatin, and fluorouracil/leucovorin (FLOT).

The phase III FLOT4 trial randomised 716 patients with resectable gastric or gastroesophageal junction adenocarcinoma to perioperative FLOT or ECF. As previously reported, FLOT was superior to ECF for all efficacy endpoints including curative resection rates, progression-free survival and overall survival.

Today researchers reveal the results of multivariate, subgroup and sensitivity analyses for the first time. The relative effect of FLOT was observed in all subgroups, including the elderly and signet cell tumours, and was particularly pronounced in Siewert type 1 oesophageal tumours (hazard ratio [HR], 0.60), Barrett tumours (HR, 0.62), small tumours (HR, 0.66) and nodal negative tumours (HR, 0.64).

He concluded: “Some oncologists believe that patients with small tumours and those with signet cell cancer should not be treated preoperatively. The results of the FLOT4 trial contradict this and show that these patients do benefit.”

Commenting for ESMO, Professor Michel Ducreux, head, Gastrointestinal Oncology Unit, Gustave Roussy, Villejuif, France, said: “The triplet regimen used in the FLOT4 trial was developed to improve the results of ECF. It decreased toxicity by replacing epirubicin with low-dose docetaxel, and using oxaliplatin instead of cisplatin. FLOT is also more convenient to use, with one 24-hour infusion every two weeks rather than continuous infusion of fluorouracil in the ECF protocol.”

“The results show that FLOT is clearly the new standard of care,” continued Ducreux. “The new analysis presented at the ESMO 2017 Congress shows that the advantage of the FLOT regimen was seen across all subgroups, including those with a very poor prognosis such as the elderly and patients with signet cell tumours.”

He concluded: “FLOT will be the best backbone of chemotherapy that we can use in this setting. A step forward would be to try to improve the results by adding targeted therapies or immune checkpoint inhibitors. It would also be interesting to know if the FLOT regimen shows different levels of effectiveness in the four molecular biological subgroups of gastric cancer.”

The superiority of docetaxel based triplet therapy over standard care in patients with resectable oesophago-gastric cancer has been confirmed in late-breaking results from the FLOT4 trial presented at the ESMO 2017 Congress in Madrid.