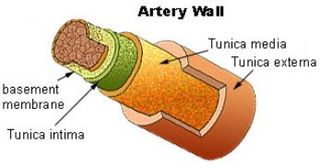 Lipoprotein apheresis, a therapy normally used to filter excess cholesterol from the blood of patients with familial hypercholesterolemia, may have a new role in patients with refractory angina.

New results reported during a Hot Line session at ESC Congress 2016 in Rome showed the extracorporeal treatment resulted in significant improvements compared to sham therapy in patients who had refractory angina along with raised levels of lipoprotein(a).

“Angina which is refractory to both medical therapy and revascularisation is a debilitating condition that is increasing in frequency, and there is a pressing need for novel treatments for these patients,” said lead investigator Tina Khan, MRCP, from Royal Brompton and Harefield NHS Trust and Imperial College in London, United Kingdom.

The apheresis procedure study was conducted at Harefield Hospital, under the Directorship of the Principal Investigators Mahmoud Barbir, FRCP and Dudley Pennell, MD.

“These patients continue to suffer with troublesome angina despite optimal medical therapy, as well as surgical and/or percutaneous coronary revascularization, and available treatment options are limited,” she added.

“Our trial provides the first evidence that lipoprotein apheresis leads to improvement among these patients in the primary endpoint of myocardial blood flow, as measured by myocardial perfusion reserve, as well as the secondary endpoints of exercise capacity, angina symptoms, quality of life and atheroma burden. Therefore this treatment approach could improve the cardiac health and lives of such patients.”

Lipoprotein(a) - abbreviated as Lp(a) - is similar in structure to LDL cholesterol, except for an additional protein attached called apolipoprotein(a). Raised Lp(a) is a strong risk factor for coronary heart disease and may be prevalent in patients with refractory angina.

Studies suggest that elevated Lp(a) may promote atherosclerosis and reduce blood flow through the heart (myocardial perfusion), but there is currently no effective pharmacologic treatment yet approved to treat elevated Lp(a) - and it is essentially resistant to conventional lipid-lowering treatment with statins, said Dr. Khan.

However, Lp(a) can effectively lowered with lipoprotein apheresis.

Participants were randomised to weekly lipoprotein apheresis or sham treatments for 3 months and then crossed over for another 3 months, with a one-month washout period in-between.

The primary outcome, measured with cardiac magnetic resonance imaging, was Myocardial Perfusion Reserve (MPR) – which is the ratio of the myocardial blood flow at stress versus rest after three months of lipoprotein apheresis, compared to baseline.

The study showed a significant increase of 0.63 in MPR after apheresis treatment compared to sham (P<0.001). Specifically, MPR increased from 1.45 to 1.93 with apheresis, but did not change significantly after sham.

Secondary endpoints of carotid wall volume and distensibility were also improved after apheresis but not sham, as were exercise capacity, symptoms of angina, and quality of life scores, said Dr. Khan.

In terms of symptoms, there were significant improvements after apheresis but not sham in 4 out of 5 domains in the Seattle Angina Questionnaire (SAQ), including the:

On the fifth domain, SAQ treatment satisfaction score improved slightly by 6.25 during apheresis vs 0.0 or no change during sham.

Similarly, physical component scores of quality of life assessed by the Short Form (SF)-36 Questionnaire also improved significantly after apheresis but not sham.

“Our study is the first randomised controlled trial to assess the impact of lipoprotein apheresis in patients with refractory angina and raised Lp(a), in the absence of significantly raised LDL cholesterol,” said Dr. Khan.

“These findings suggest that lipoprotein apheresis provides significant clinical benefit to patients with refractory angina in the context of raised Lp(a), representing a much needed novel treatment option for this therapeutically challenging patient cohort.”

Lipoprotein apheresis, a therapy normally used to filter excess cholesterol from the blood of patients with familial hypercholesterolemia, may have a new role in patients with refractory angina.