A Rapid and Effective Antidote for Anticoagulant Bleeds #ESC2016 #ESCcongress 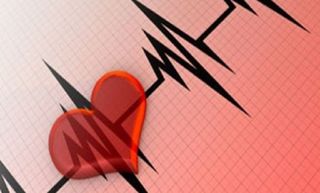 A specially designed antidote to reverse acute, potentially life-threatening anticoagulant-related bleeding worked quickly, and was well-tolerated according to interim results of the ongoing ANNEXA-4 study.

Andexanet alfa reduced anticoagulant activity by roughly 90% within half an hour among patients with acute major bleeding while receiving a factor Xa (fXa) inhibitor, resulting in “excellent or good” homeostatis at 12 hours in most subjects, reported lead investigator Stuart J. Connolly, MD, from McMaster University, in Hamilton Ontario, Canada.

The ANdexanet Alfa, a Novel Antidote to the Anticoagulation Effects of FXA Inhibitors (ANNEXA-4) study was presented at ESC Congress 2016 in Rome, with simultaneous publication in The New England Journal of Medicine. “Andexanet is the first specific agent designed for reversal of factor X inhibitors. Although it has been shown to reduce anti-fXa activity in volunteers, until now we did not have experience in acutely bleeding patients. In these patients andexanet reduced the anticoagulant effect of the factor Xa inhibitors and was associated with effective haemostasis in most patients,” according to Dr. Mark Crowther, ANNEXA-4 co-principal investigator, also from McMaster University.

The primary site of bleeding was gastrointestinal 49% of patients, and intracranial in 42%.

For ethical reasons, the study was not randomised, and all patients received andexanet – first in an immediate bolus over 15-30 minutes, followed by a 2 hour infusion. Dosing was based on which fXa inhibitor they had been exposed to, and when.

At 12 hours, clinical hemostatic efficacy was rated as “good to excellent” in 79% of patients.

Thrombotic events occurred in 18% of subjects during 30 day follow up. “This rate of events is not unexpected considering the thrombotic potential of the patients and the fact that in most of them anticoagulation was discontinued at the time of bleeding and not restarted,” said Dr. Connolly. “This preliminary report of the ongoing ANNEXA-4 study shows us that andexanet rapidly reverses anti-factor Xa activity in acutely bleeding patients and this is associated with excellent or good hemostasis in most.”

A Rapid and Effective Antidote for Anticoagulant Bleeds #ESC2016 #ESCcongress

A specially designed antidote to reverse acute, potentially life-threatening anticoagulant-related bleeding worked quickly, and was well-tolerated according to interim results of the ongoing ANNEXA-4 study.